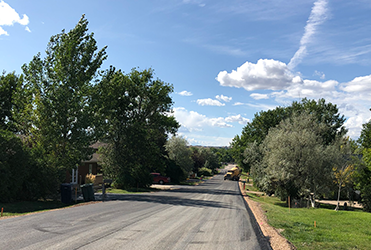 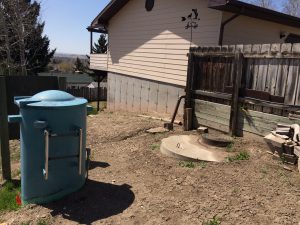 Several years ago, the City of Great Falls, Montana annexed the Grandview Tracts subdivision. Adding the subdivision to the City highlighted the need for utility improvements to serve the neighborhood, which was originally platted in the 1950’s. City water and sewer mains were extended into the area in several phases over a 12-year period. The City also completed a storm water master plan to identify and prioritize drainage improvement needs for the area, which included Grandview Tracts and adjacent neighborhoods.

Infrastructure planning for the area highlighted the need to address an aging wastewater pump station in the adjacent Hylande Heights neighborhood, which required either replacement or rehabilitation.  It was determined the best course of action was to abandon the aging pump station, install a gravity collection extension and hook up to the newly completed Grandview Tracts system. 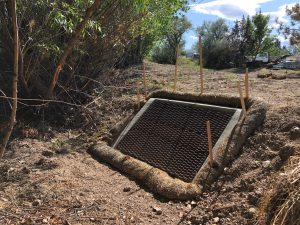 The project hit a snag when sewer infrastructure improvements were delayed due to challenges with obtaining the necessary easements from a private landowner to allow for completion of the gravity collection extension.  The collection route would need to pass through the landowner’s property, and therefore required approval.  After several months of negotiations, the landowner agreed to an easement with the condition that the City would negotiate with a separate landowner for a storm water easement to provide an outfall for drainage that had created frequent flooding issues over the years. On behalf of the City, our Great Falls staff went through several rounds of negotiations, resulting in the execution of the sewer easements.  The new sewer improvements were designed and constructed, eliminating the need for replacement and ongoing O&M costs associated with the old lift station. 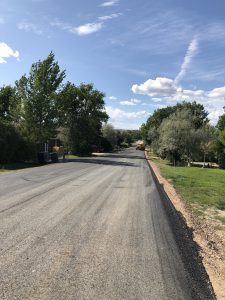 In conjunction with completion of the sewer project, the Great Falls staff completed three additional easement negotiations for the storm water outfall route to the west. Once the storm water easements were secured, the City elected to move forward with the design and construction of the storm water improvements to address ongoing flooding issues within the neighborhood. The new facilities included 2,700 lineal feet of 30-inch and 36-inch diameter storm drain and inlets to provide an outlet for the closed basin. The storm drain system connected to an existing outfall into the Missouri River. Hydraulic modeling was performed to size the system and to design an upstream detention pond for peak flow reduction. The construction of the new storm drain is underway and is scheduled for completion in October of this year (2019).

Both the sewer and storm water improvement projects were ultimately being held up by significant challenges with negotiation of easements with four private landowners. By acting as the liaison between the City and the landowners, we were able to facilitate discussions, address the concerns of the landowners and to develop practical solutions that ultimately enabled the projects to move forward, which benefited the City, the landowners and the neighborhood.

Looking for more information about this project or interested in talking with one of our sewer/storm drain experts?  Contact us here for further information.