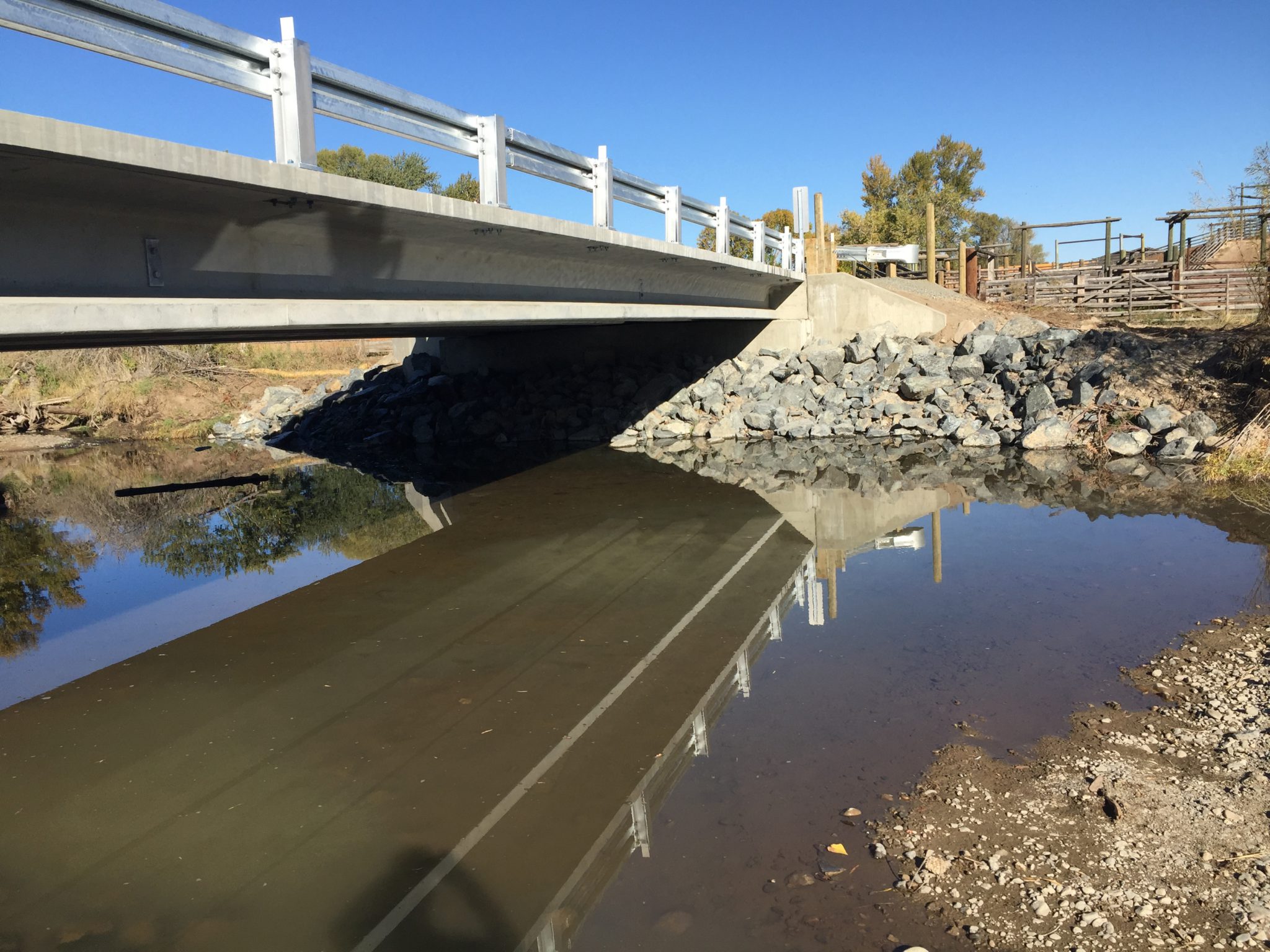 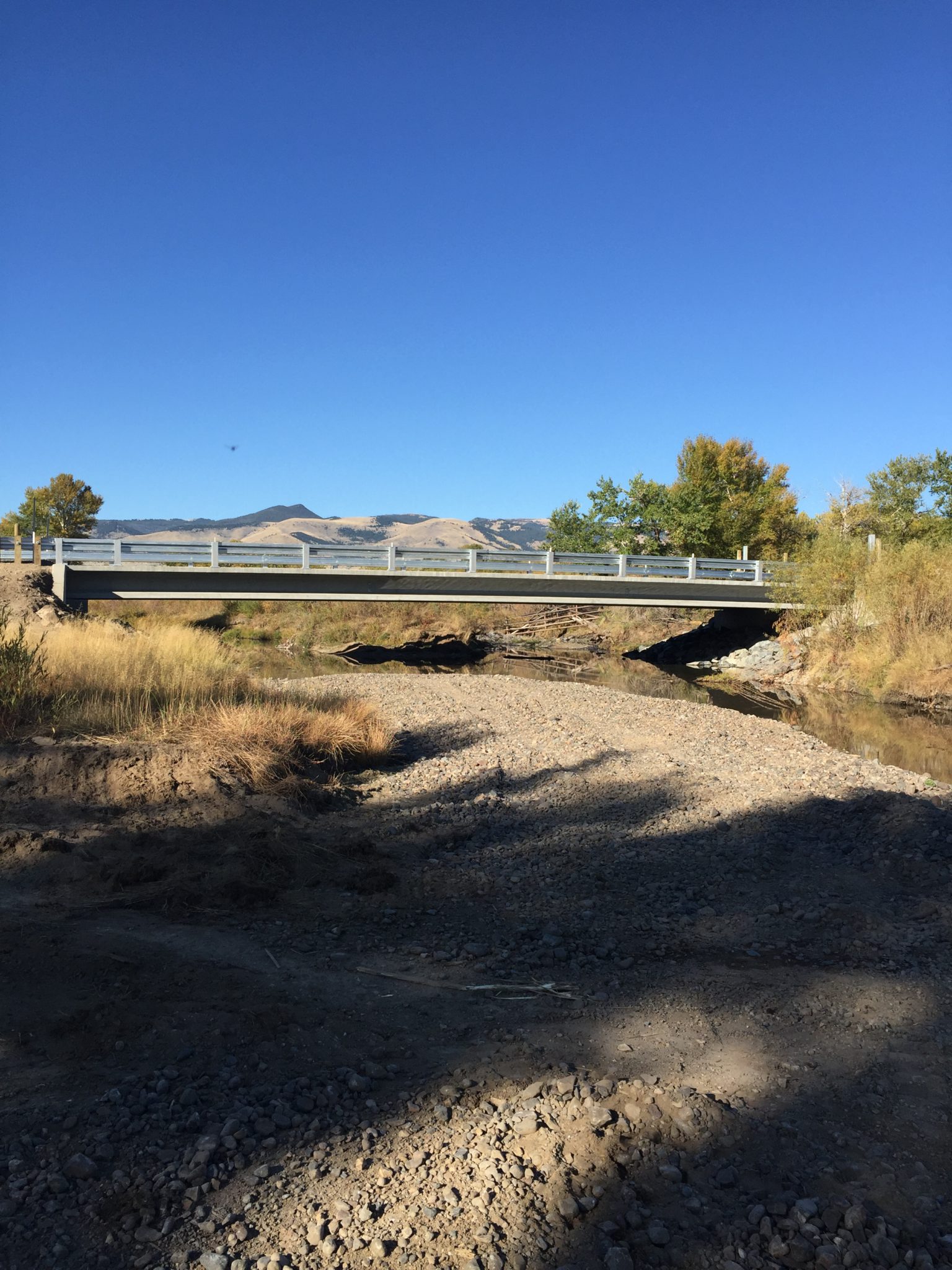 The Dunn Lane Bridge over the Boulder River serves as a farm to market route for local ranchers and provides access to a subdivision, as well as a primary access for recreational users. Prior to replacement, the Dunn Lane Bridge had several deficiencies that generated a threat to the public and a liability to Jefferson County. The existing two-span concrete bridge, constructed in 1950, was at the end of its useful life and in poor condition. Additionally, the bridge was posted at 8 tons – which restricted a considerable amount of vehicle access.
Great West Engineering prepared a preliminary engineering report (PER) and grant application for the replacement of the bridge with a new single-span precast concrete structure. The grant was successfully funded and Great West was hired to complete the design and construction administration. After considerable analysis, an 83’ single-span precast, prestressed concrete bridge on a driven pile substructure was selected. The new bridge accommodates legal loads, increases public safety and meets County Bridge Standards. 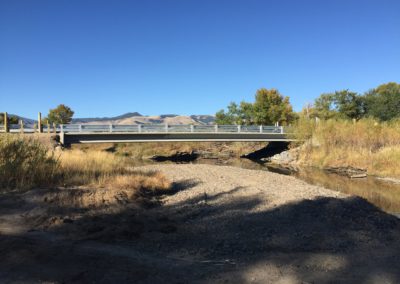 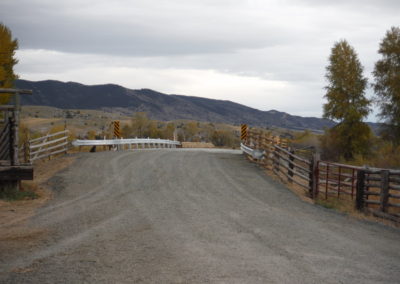 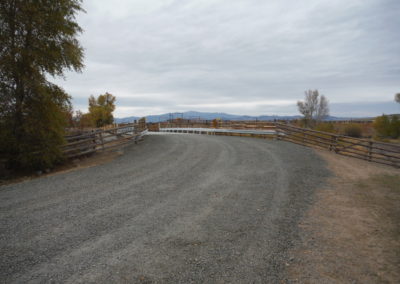 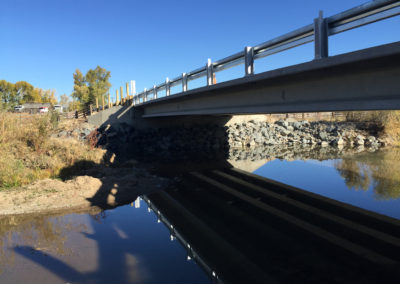